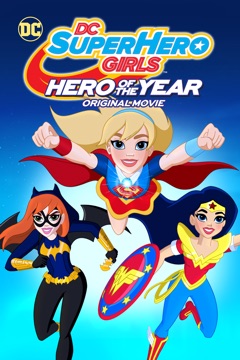 It's time for the annual Hero of the Year ceremony and the students of Super Hero High compete for the top prize. But the festivities take a turn when Dark Opal targets the heroes and steals some of their most valued possessions to form the ultimate weapon! It's up to the students at Super Hero High to spring into action! But can Wonder Woman, Supergirl, Batgirl and Bumblebee stop Dark Opal- and his mysterious partner-in-crime to save the day? 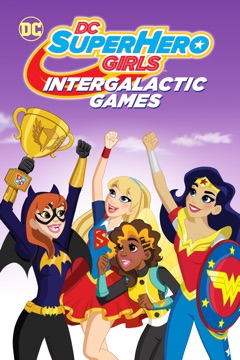 Get ready for the Intergalactic Games; a friendly competition that aims to bring peace throughout the galaxy, but with these teams competing, it may get a little fierce! Facing off against Korugar Academy and the Female Furies, can the Super Hero High team bring home the championship? Team up with Wonder Woman, Supergirl and Batgirl as they uncover an even greater challenge off the field, as one of the teams has a much more sinister motive for joining the competition. Let the games and the action begin. It’s time for a DC Super Hero Girls animated movie! 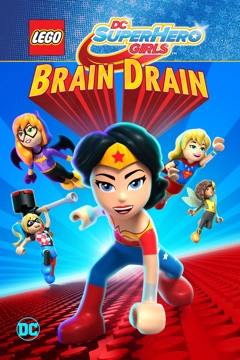 The DC Super Girls go LEGO® in this animated adventure brimming with brain-twisting action! The mind games are only beginning when Supergirl, Wonder Woman, and Batgirl have no recollection of a series of wrongdoings that they were responsible for. Who can the girls turn to when even Bumblebee, Katana and other members of Super Hero High are also up to no good? It will take more than super powers to untangle this mental mix-up and find out who or what is behind these mind-bending misdoings! Get up and get your cape on for the ultimate in LEGO® girl power! 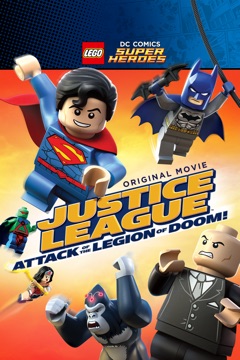 Crime is on the run as the newly formed Justice League keeps Metropolis safe and this makes evil genius Lex Luthor very unhappy. Together with Black Manta, Sinestro and a gang of ruthless recruits, Lex builds his own league and declares them the Legion of Doom. Now with a super powered team of terror and a plan to attack the top-secret government site, Area 52, can Lex finally be on the verge of victory? Get ready for the bricks to fly when Superman, Batman, Wonder Woman and the rest of the Justice League face off against the world's greatest super villains! 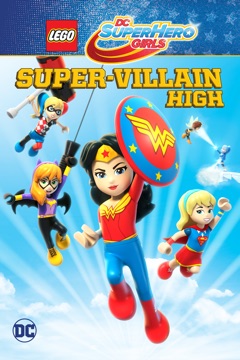 Rivalries heat up for the LEGO DC Super Girls. Touting the promise of ‘less homework, more fun,’ Uber High is on the rise and when members of Super Hero High begin leaving to join the mysterious new school, Wonder Woman, Supergirl and Batgirl are on the case! Newly enrolled Uber High students Catwoman, Cheetah and Poison Ivy welcome the change of the new school that lets “you be you”, but is Uber High’s curriculum legitimate or are the girls being used for a darker purpose? It’s up to the Super Hero High girls– including a new Green Lantern – to uncover the truth about Uber High. This test is one that the LEGO DC Super Hero Girls cannot fail! Dive deep into adventure with the DC Super Hero Girls in this an underwater epic. Sisters of the sea, Siren and Mera catch the students of Super Hero High off guard in a surprise attack to steal a very powerful relic – the Book of Legends. With the book in her possession and harnessing more power than ever, Siren aims to raise an army from the depths of the ocean’s trenches. It’s up to Wonder Woman, Batgirl and Supergirl to help Aquaman in defending Atlantis and stop the sinister Siren! Get ready for a thrilling adventure featuring the DC Super Hero Girls! 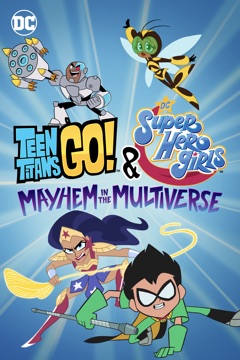 What do you get when you combine the DC Super Hero Girls, the Legion of Doom and Teen Titans Go! with a dash of an ancient Kryptonian goddess? A recipe for pandemonium! With the help of an amulet from Krypton, Lex Luthor unites a group of Super-Villains to capture all of Earth’s Super Heroes, leaving only the DC Super Hero Girls to stop the Legion of Doom. The girls must cross dimensions to rescue their fellow heroes from the Phantom Zone, but a mix-up leads them to the wrong universe. Get sucked into the chaos as this who’s who of the DC Universe battles together to save the world in an epic multiverse event! An orphaned teenager, Rick Riker, is bitten by a radioactive dragonfly, granting him superhuman powers and becomes a hero in this parody of films like "Spider-Man," "X-Men," and "Fantastic Four." 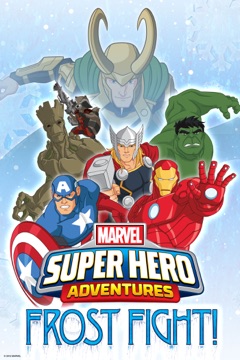 The holiday season gets extra chilly as Loki and the frost giant Ymir plot to conquer the world. Marvel heroes Iron Man, Captain America, Hulk, Thor and others must stop the villains from stealing Santa’s power – if anyone can actually find the mysterious Mr. Claus. Fortunately, Rocket Raccoon and Groot are also hot on Santa’s trail. Heroes, villains, elves and cosmic bounty hunters collide in an epic quest that leaves the fate of the holiday and the world in the balance. Dr MegaVolt: From Geek to Superhero is a portrait of the dichotomous life of Dr. Austin Richards, Ph.D., a mild mannered physicist who performs as “Dr MegaVolt” wearing a metal Faraday suit and interacting with loud and dangerous Tesla coils. Filmmaker Victoria Charters travels with Austin to the Burning Man festival in Nevada and other Dr MegaVolt shows around the globe. Within the history of Dr MegaVolt, lies a fascinating story of an inventor who pushed the boundaries of science to create this mesmerizing display utilizing an elemental force. From Austin’s early years building Tesla coils for a basement Halloween show, to his rock star status at Burning Man, to his focus in being an ambassador for science, Dr MegaVolt: from Geek to Superhero is about a passion to understand the physical world through science, a love of extreme experiences, creativity and collaboration, Industrial Art, invention, and “passing the baton” in a world where tactile learning is out and digital is in. 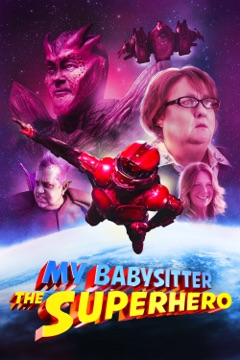 Action & Adventure
My Babysitter the Superhero

After his noisy garage band gets him in hot water, 15 year old Brewster Banner and his little sister Kimmy find themselves sent to a Babysitter's house while their mother attends a weekend convention - only to find that their gregarious old lady caretaker is actually the legendary super hero known as Agent Action. The trio find themselves on an action-packed, martial arts filled trip through the universe as they team up to stop the evil Commander Kruel from invading earth and claiming it as his own. Fighting evil robots, monsters and even suiting up as a hero himself are just a few of the unexpected moments of their wild weekend.